By contributing to and authoring numerous research projects at the Faculty of Education I have developed my skills in conceptualization, coordination, implementation, and supervision. My original studies on learning disabilities in this multi-cultural region of Italy stimulated the desire to compare educational methods in other areas. Thus, my investigation of comparative educational practices and systems in Pakistan, Oman, and Saudi Arabia and my application of those results led to my focus on the new sector of immigration and acculturation in the EU amongst the burgeoning Muslim population. My interest in women’s professional identity formation segued into a broader interest in women’s cultural identity formation in the Gulf due to my exposure in a segregated educational setting.

In living in cultures where human rights issues around women and children are under intense scrutiny my interest in justice issues and the impact of globalization on existing societal frameworks has led me down numerous research paths. Some representative examples of the institutes I have worked with are: “City University of Science & Information Technology”, Peshawar, Pakistan (in cooperation with “Regents Business School” London, UK) and “Dhofar University”, Sultanate of Oman, “Prince Mohammad Bin Fahd University” in the Kingdom of Saudi Arabia, and the “Universitá Cattolica del Sacro Cuore” in Milan. I have also participated in and developed projects in conjunction with international colleagues from diverse institutions and most closely with my American colleagues, Prof. Desmond V. Rice and Stephanie Ryan Cate. In collaboration with the Ministry of Information of the Sultanate of Oman from 2011-2012 I have realized a documentary project on polygyny in Oman co-funded by the provincial government of South Tyrol. As part of my commitment to civic affairs and the universities’ participation in them, I organized an international conference hosted by my home faculty through which the film was premiered and the topic was expanded on immigration issues with an emphasize on the female viewpoint.
Though women’s issue have been on my agenda before: I presented a workshop on “Indigenous Leadership in the Arabian Gulf; Leadership begins at Home” at the “Women as Global leaders” conference in Dubai in March 2008 with Ms. Cate from Prince Mohammed University in Saudi Arabia. Other colleagues with whom I have established ongoing collaborations are: Prof. Dr. Lubna Al-Khaldi of Kuwait University, Prof. Valeria Piacenti and Prof. Elena Maestri of the Research Centre on the Southern System and Wider Mediterranean (CRiSSMA) of the “Università Cattolica del Sacro Cuore” Milan, Prof. Desmond Rice of Lamar University in Texas and Director of the Learning Resource Center and Faculty Professional Development of Prince Mohammed Bin Fahd University, Kingdom of Saudi Arabia, and Dean Sabur Sethi from City University in Peshawar, North-West Province of Pakistan. In 2009 I have been appointed by the OEW as member of the scientific committee of the research project sponsored by the European Social Fund entitled “Nachhaltige interkulturelle Integrationsarbeit in der Gemeinde”/“Sustainable Intercultural Integration in Local Communities”. 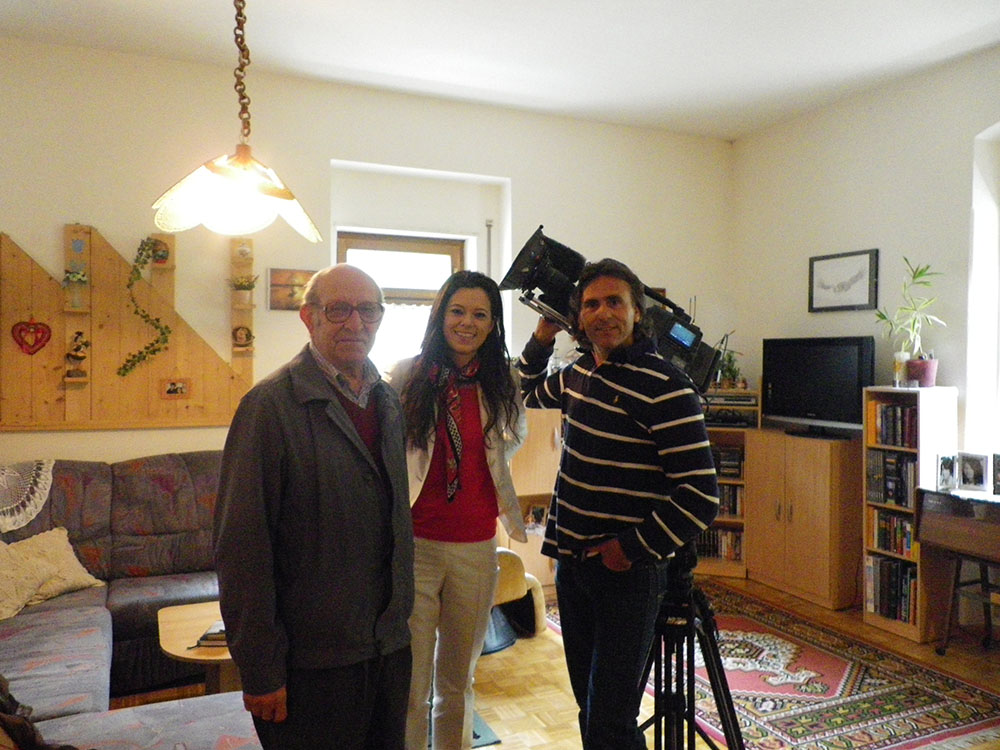 Being a researcher involves the use of so many skills that are integrated and utilized in a manner fitting the research being investigated. The following list gives an example of some the skills I utilize to conduct and analyze my research:

Sometimes my research approaches afforded me to step in spontaneously and take on roles for which I don’t have the adequate training at all. For example when we were shooting the documentary “Polygyny in Oman” I was on a three-women crew responsible also for the microphone equipment: I didn’t quite as well as I expected to say the least…I almost hit the interviewees when I dropped the mic…just have a look:

As noted above, my original research projects have expanded into related avenues in a holistic manner. My firm belief in the scholastic journey and its gift of allowing the researcher to look through different colored glasses informs my research on every level. People ask me: “Why on earth would you go to Pakistan/Oman/Saudi/…you name it?” My response to their justifiable questions is that “I am following my muse and where it leads, I must follow”. I believe that when one begins a research journey in a foreign country with an open mind and a willingness to allow a scholar’s curiosity to lead the way amazing things can happen. These journeys are not just physical but emotional, intellectual, and spiritual, leading one to a greater understanding of their own boundaries, and mores and the ways in which those are fluid and permeable. So those airline tickets don’t just take me to an external foreign land but to an internal uncultivated landscape.

Work in Progress and Further Directions

My dedication to higher education as a medium of civic action and development is leading me to engage in discourse with scholars from diverse backgrounds and research focuses thus helping me to re-define my direction as I walk my path.
I am eager to strengthen the ties with the leading local NGO and put forward issues of social concern for a discussion with colleagues and community at large. In order to continue to develop and strengthen relationship with my international colleagues, I am committed to attending these conferences yearly; Exeter, Dubai, New Orleans.
In the course of my overseas’ experience my interest in the diasporic nature of contemporary times led me to begin researching aspects of immigration that incorporated a greater knowledge of and ability to utilize existing cultural structures of EU-immigrants, most specifically Muslims. My primary objective is to take academic research and apply it to society at large in order to benefit both natives and incoming residents. Often excellent data is lost in the ivory tower of academia. In today’s global village with IT-tools that facilitate information integration, the goal of interweaving both academic research with political and socio-cultural realities is achievable. As can be seen in my statements, I seek to be a scholar that is willing to stretch academically and personally in order to integrate the realms within which I live and work; from existential to experiential.
Researchers constantly have a wealth of information to share with others. The venues through which this information is put forward to a scienfitic community and open for discussion are multiple, ranging from verbal presentations at conferences to the publication of written documents. These represent a mean of time and space independent discourse for the scientifc community. The following is a list of articles on which I am currently working:

Researchers are intrigued by examining their social envirionment through a looking glass or in other words, at a micro level, as well as taking into consideration the effects of micro changes at a macro level. The data and research projects to which I am dedicating my time and energy, with continued research and reporting, comprise a range of topics including: